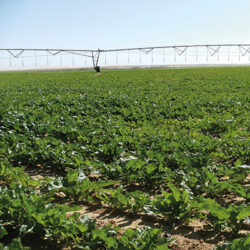 Getting a high return on investment (ROI) is the main target of all agricultural investors. To achieve that target, you must first purchase the irrigation system best suited to your project’s unique conditions. Once the systems are in place, you must then consider how to increase the system’s efficiency, maximize your yield, minimize your operating cost and maximize your water use efficiency in order to achieve that target.

In the southern region of Egypt, a large project has a planted area of 10,000 Acre of sugar beets. Sixty center pivots were installed in that project, where each pivot irrigates 120 Acres. The project owner decided to increase the irrigation efficiency and water use efficiency of the existing irrigation systems. In addition, he also decided to buy additional irrigation systems to irrigate the remaining areas not yet irrigated. 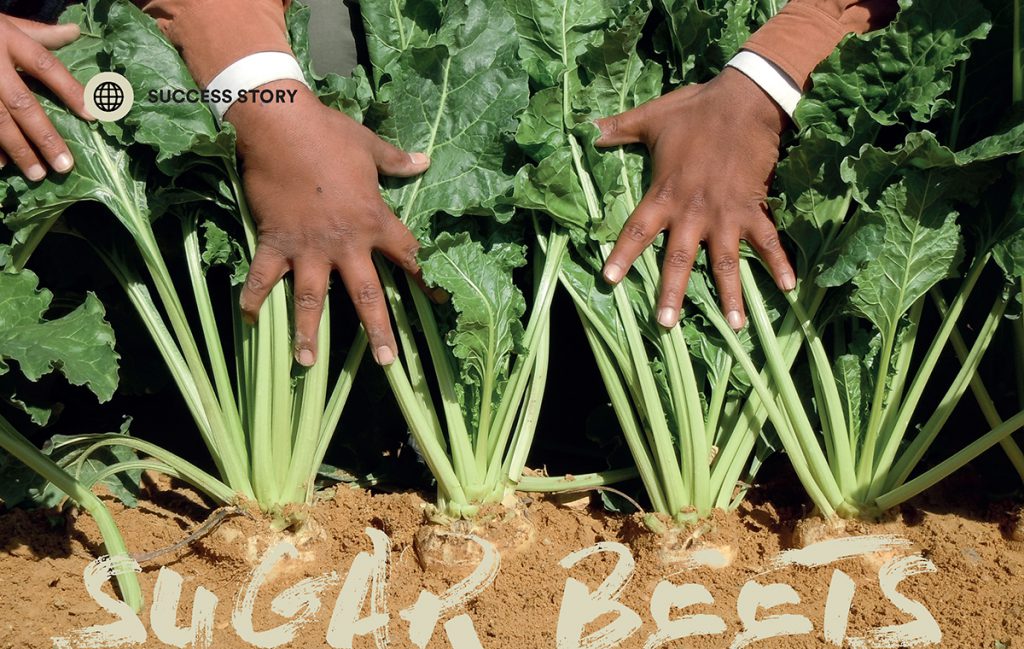 In order to supply the proper irrigation systems, the site was visited to check its soil type, water volume, water quality and climatic conditions. Based on the information obtained from the field, our Engineers configured the pivots to match the project conditions. In order to increase the efficiency of the existing systems, Engineers decided against using the existing fixed sprinklers, but instead offered them dynamic sprinklers to match the soil type. In addition, the outlet spacing of the new spans was selected to match the selected dynamic sprinklers.

As a result of the aforementioned changes, a number benefits have been achieved thanks to the proper design of the new irrigation systems. The overlap between sprinkler heads was increased to 150% and runoff has been reduced. In addition, the number of drop hoses required per system was also reduced, making the price of the center pivot equipped with dynamic sprinklers almost the same as a system using the fixed design. Also, due to selecting the correct sprinklers, the water distribution uniformity was increased to 98%, resulting in an increase of the germination rate and its uniformity.

In order to increase the water use efficiency of the project, we offered the following through the Irrigation Management Consultancy Service:

The work started by evaluating the performance of the running pivots and to find out the available flow rate, operating pressure and pivot configuration. Based on that information, we evaluated the sprinkler chart in order to re-distribute the sprinklers along the length of the machine in order to overcome the problems related to runoff, overlapping and lack of water at the overhang.

After re-configuring the sprinklers on the running pivots and ensuring the application depth was correct for the soil type and crop being grown, a weather station was installed to monitor the climatic conditions of the farm. Weather data was now being obtained and stored, along with the data from newly installed moisture sensors.

By offering the irrigation management consultancy service, the optimum application depth was delivered to match the crop requirements during each stage of growth to the correct root depth.

The results were magnificent. By applying the Irrigation Management Consultancy Service, the required number of operating hours per each pivot during the growing season was reduced from 4000 hours to 3000 hours, a 25% reduction in use when compared to previous year.
In addition, because the right amount of water was being applied to the correct root depth at the correct time, the crop yield of the sugar beets was increased by 20%.

Such reductions in operating cost and increases in crop yield maximized the return on investment of the project.

MAKE IT GROW #8
Next